Relaxation of Facial Lines and Wrinkles

Both BOTOX & DYSPORT when used appropriately are one of the safest and most effective treatments for relaxation of facial lines and wrinkles. When injected into certain facial muscles they relax these muscles, thus smoothing out the wrinkles. This relaxation typically lasts 3-6 months.

The results are quick. There are months of improved appearance. There is no recovery time & minimal discomfort.  More important is the fact that they prevent worsening of wrinkles. Your BOTOX or DYSPORT treatment will be individually designed with your needs in mind. Dr. Mann believes in customizing each patient’s treatment.

Generally, the effects of BOTOX/DYSPORT on wrinkles and migraines appear in about one week and last 3 to 6 months, depending on the individual. Improvement in excessive sweating often lasts 6 months. The amount of BOTOX/DYSPORT used is determined by the location of the wrinkles, strength of the muscles, and your previous results with BOTOX/DYSPORT. 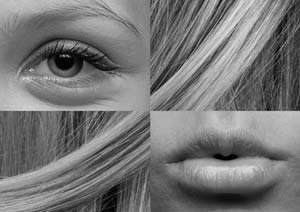 There is a relatively low incidence of side effects, all of which are temporary. These include: swelling, redness, bruising, bleeding, infection, sleepiness, and dry mouth. Rarely, primarily with very large doses, BOTOX/DYSPORT can spread to other areas of the body. Other effects seen are: